OUR SUGGESTIONS FOR YOUR DAY EXCURSION LEAVING FROM DRESDEN 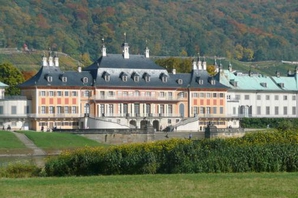 Originally built as a place for summer festivities in the time of Augustus the Strong, the water and mountain palaces served as a residence for the Saxon court during the summer months. Today, they are home to museums displaying the palace history and the arts. The extensive park is famous for its botanical rarities and especially for the over 200 year old camelia. 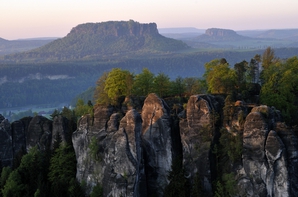 The journey into the bizarre cliffs of the Elbe sandstone mountains, the most beautiful of which are called Saxon Switzerland, reward visitors with a fantastic view from the bastion cliff  into the Elbe valley below. Visit the largest fortress in Germany with us, the Königstein Fortress. In the 16th century, it was officially completed as a state fortress. This trip can be connected with the tour of the Pillnitz Palaces. 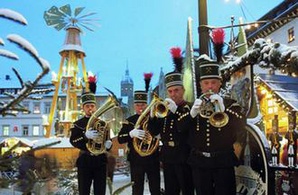 Silver found near Freiberg in the 12th century generated wealth for the region around and in Freiberg, which is still visible through the cathedral. The first European mining academy was founded here. Since the mines have run dry, the small villages around the city have become well-known for their handcrafts and have turned the region into an El Dorado for Christmas fans. 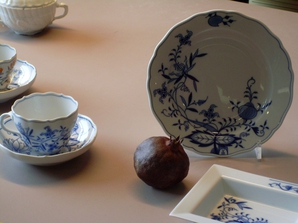 Meissen: the City of Porcelain

In the year 1708, alchemist Johann Friedrich Böttger successfully made the first batch of „white gold“ – it was the birth of European porcelain. In 1710, Augustus the Strong established the first European porcelain manufactory. For security reasons, it was constructed in the Albrechtsburg in Meißen instead of the residence in Dresden. Visit the workshops of the manufactory with us, which are now in possession of the free state of Saxony, Here, specialists still make valuable porcelain with traditional processes. The city of Meissen, the historic cradle of Saxony, which was residence for the Saxon rulers up until the 16th century, invites to stroll through its maze of medieval streets and alleyways. 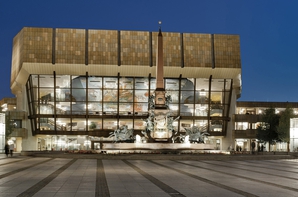 Enjoy the unique system of passageways of the inner city center and visit St. Thomas Church, St. Nicholas Church, diverse museums and galleries. Another highlight of modern Leipzig: Baumwollspinnerei- today a center of contemporary art in general and in particular of famous "Leipziger Schule" known for painters like Neo Rauch and others.

Leipzig can be visited in a 1-day-tour from Dresden, but is definately worth staying over night. This would give you the opportunity to visit a concert of the famous Gewandhaus-Orchestra or the world-famous St. Thomas Boys Choir or a performance at the Leipzig Opera. 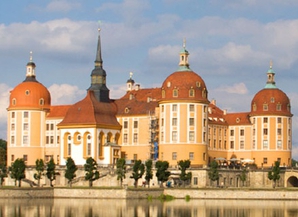 Originally built as a hunting lodge under Elector Moritz in the 16th century, Moritzburg was modified by Augustus the Strong in the 18th century into a luxurious hunting palace. Visitors are still impressed by the golden leather wallpaper, precious Baroque furniture and one of the most important antler collections in Europe. The Pheasant Lodge offers another attraction.

Decorated in an exotic style, the Pheasant Lodge is surrounded by ponds and the forest of the Moritzburger hunting grounds.

The stud farm in Moritzburg earned international fame in the last years for breeding warm-blooded sport horses, which have even made their way into the English royal house. 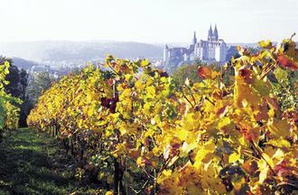 Dresden, Radebeul and Meissen are famous for their wine. The most southern wine yards are extraordinary. Experience the saxon lifestyle by visiting one of our charming wine estates..... 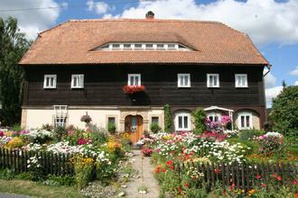 Outstanding landscape as well as architecture from 15th and 16th century are characteristic for that region east of Dresden.

All prices including official taxes.